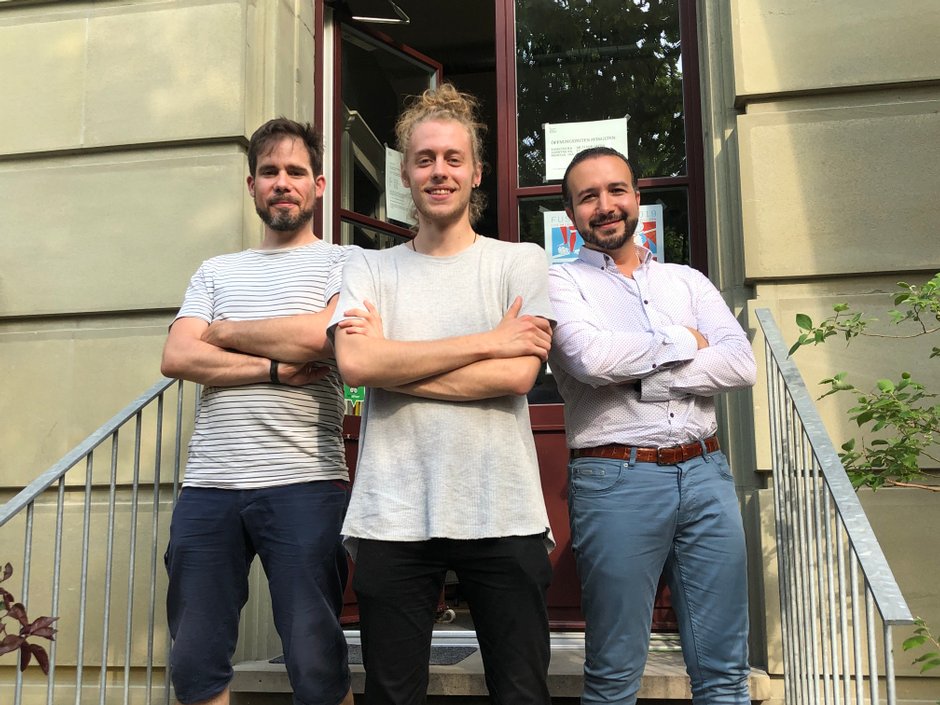 In November 2013 Wael Sami Elkholy, a singer brought up in classical Arab music, teams up with classical occidental percussionist Titus Bellwald. Both had already crossed over into the other’s realm – Wael studying contemporary classical music and „Théâtre Musical“ and Titus studying percussion playing from various oriental traditions. What the two starts to create together, the name for lack of a better term „New Traditional Music“. While they develop a repertoire just the two of them, they quickly realize, they need a Bass to fully bring the full potential of their work to bloom. While they find an amazing bass player for the recording with Björn Meyer they still need a permanent band member to perform the music live. Enter Emre Aydin, a Bass player with Turkish origins that perfectly completes the trio now called „ab3ad“ – the Arabic word for „dimensions“ (pronounced „ab’aad“).

Wael Sami Elkholy is an Egyptian singer brought up in the classical Arab musical tradition. From an early age, he participated nationwide in theatrical and musical productions and later got popular among a young audience with a Pop album.

He then also studied contemporary classical composition and „théâtre musical“ in Switzerland and has long left the strictly traditional scene.

Titus Bellwald is a classically trained percussionist, who has always preferred traveling off the beaten path. From Ancient Music performance dove deep into the waters of the Mediterranean and oriental hand drum traditions. As a resident at Cité des Arts in Paris, he enhanced his drums electronically and later also became an international renown drum maker.

Joël Banz joined ab3ad in late 2018 and his awesome fretless bass playing has spiced up our sound a lot. He had switched to the bass after first steps in percussion. He is the low frequency sideman in various bands such as Lyft Trio or SatieRe and with his Duo «Nährwerk» he is pushing the boundaries of electric bass in electronic music.

Back to Longterm projects