Wael Sami Elkholy is an Egyptian/Swiss composer, singer, and performer born 1976 in Dubai UAE. He started his career at the age of seven as a singer and actor in different theater and television projects in Egypt. Four years later he became a soloist for Arabic singing at the Cairo opera house till 2006.

His talent as a singer and performer brought him to solo concerts and festivals in Europe and Asia and distinguished him as a vocalist and pop singer in the Arabic world. 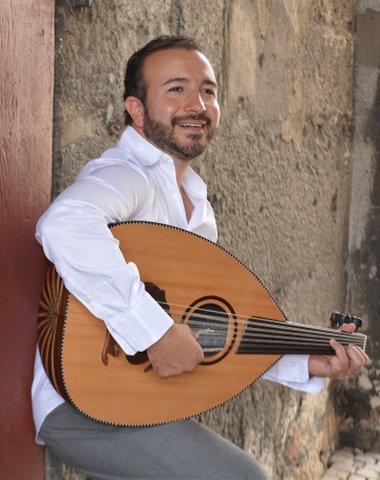 His passion for composition started with childhood and developed till he received the bachelor of composition at the Academy of arts with honor degree followed by post-graduation and six years as a lecturer for Arabic and western music theories and composition.

In 2006 he started to interact actively with the contemporary music scene in Europe through ISCM festival days in Stuttgart and 2008, he got a residency fellowship from Pro Helvetia Switzerland. There he started Studies in Composition and Theories by Christian Henking, Xavier Dayer, Dieter Ammann, and Klaus König.

In 2010 he got the master degree in Composition and Theory at the University of Arts Bern (Hochschule der Künste Bern). He followed his studies with Vinko Globokar, Helmut Ohring, Mathias Rebstock, Françoise Rivalland and Pierre Sublet. In 2012 he obtained the second Master degree in Théâtre Musical.

He is concerned to work with theatrical quality, as he believes, once a musician comes on stage he turns out to be a performer.

His variable experiences between Traditional/Arabic/Pop/Western/Contemporary music extend his aesthetics:

“I’m not concerned to classify my work, and I don’t care about borders. I just leave my mind to breathe.”  … W. S. Elkholy